How to use Tumblr for Marketing 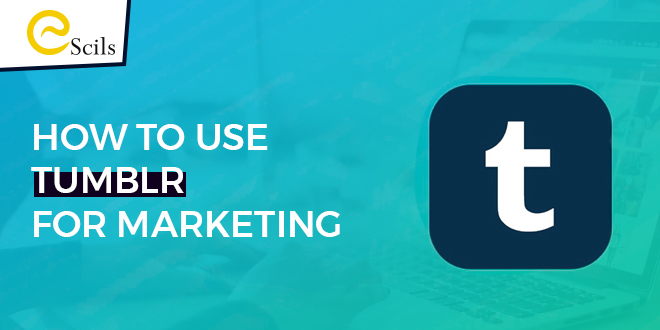 When talking about social media marketing, the instinct is to think of well-known networks such as Facebook, Twitter, and Instagram. Although online discussions (and traffic) dominate many of these three networks, some companies have also begun to view other social channels as sustainable marketing platforms. In recent years, Tumblr has developed steadily among them. Remember this: at some stage, Tumblr had more than 738 million visitors worldwide. Tumblr boasts that its users spend more time on the site than on Twitter or Facebook.

Tumblr is primarily a Weibo social media platform that emphasises content sharing. Registration is free, allowing users to create a large number of blogs, upload various materials such as text, images, quotes, links, and even video or audio. How is it different from the network you know? Tumblr lets you customise the colours, themes, and layout of your blog. You have unmatched controls, and you can easily find Tumblr sites that are unlike anything else.

There are seven types of the post which are as follows:

After an overview of the general growth of Tumblr, how do you get started using it for your brand? These are the basic steps to creating a successful blog.

Getting Familiar With Tumblr

You can learn how to use Tumblr as a marketing tool by setting up an account and taking the time to learn about the platform. I have emphasised it before, but the easiest way is to navigate the website as a user. That is, it is different from other social networks. Once you understand how other people post and interact, Tumblr will be easier to thrive. You can feel the laid-back style of the dominant website and mimic it in your work. This does not mean that you have to accept many users’ imprecise grammar and hyperbolic tendencies, remember them, and interact with them.

Choose How Tumblr Works For Your Brand

How to use Tumblr for business

Don’t miss The powerful opportunities of Tumblr on the channel. To effectively promote yourself on the track, Tumblr offers many features for businesses. Tumblr allows you to create sponsored content on the platform, similar to ordinary posts, but it is more comprehensive.

Tumblr is a very intuitive medium, and plain text posts are usually ignored. Images and GIFs are more attractive than text, so focus on publishing materials that grab consumers’ attention as they browse your dashboard. Creative and unconventional content works well and ideally should generate messages that users want to forward, regardless of whether they are relevant to your business.

GIFs are very popular with Tumblr, in addition to photos. You might need to do a few things and observe how they work if you have the time. Tumblr users also respond to comedy in a tendency. Do not try to make a hilarious spin on everything you publish, especially if it does not reflect your brand’s identity. Still, if you think of a great joke related to your company or a witty photo caption, it’s more likely your followers will be welcome.

Marketers can advertise on the platform in a variety of ways.

Trending pages are full of ideas, just like the situation on other social media platforms. Tumblr’s hot page displays the most popular articles, blogs, and topics. Consider what works well on the platform and create a way for your business to use these themes. Make sure it is important to your brand.

When creating a photo message, make sure that there is a link to the Tumblr page or corporate website in the image. This allows viewers to click on it and quickly return to the source, no matter where the post ends on Tumblr. This will work to your advantage when other users re-register your posts.

In addition to just creating posts at Tumblr, it’s important to remember that there is a two-way conversation and actual involvement in the community. You should always look for and engage as often as possible with posts relevant to your business. Reblog stuff that you think will be delighted by your followers as well, and your Tumblr community will soon increase.

Another critical thing to remember is to incorporate tags in your material if you post on Tumblr. Tags are how people at Tumblr find new content. Thus adding tags will make your content more discoverable for the entire community. Please ensure that your company and messages are tagged. You may utilise the “trending” feature of Tumblr to find popular tags, and you can follow the labels of your competitors and then use them for your posts.

In the final analysis, Tumblr as a medium has its expertise, so it is a special slang in itself. Familiarity with these phrases is essential to channel success. Fortunately, Tumblr’s glossary of terms is excellent. You must be familiar with them!

The best strategy for Tumblr’s success is to understand the entire community and find your niche and the best place for your business. However, don’t act like a brand. Take on a personality, make sure the Tumblr community respects you, and most importantly, be relevant and truthful.